I've recently been going to the Austin Mic Exchange and I'm loving what I'm seeing. It's growing into Austin's stage for discovering new 512 based rappers, singers, DJs, producers, and performance groups. Austin Mic Exchange (AMX) is hosted at the Spider House ballroom just north of the University of Texas campus. Signups open at 830 then from 9-11 PM on Wednesday nights. The format is designed for each artist/group to perform one original song for the crowd. With an MC and DJ keeping the show moving, its a great vibe and usually attracts an impressive turnout. At 11, the Beat connection gets started where producers trade off playing beats while the stage is opened up for rappers to cypher.

A Chicago native (you can usually tell by his jersey or Blackhawks hat), Zack aka @Shutupzackery online, is currently working on a full-length rap album to be released this year. He's a budding producer and seasoned lyricist who rocks a beard Chuck Norris couldn't grow in a lifetime. You can hear his music on his website ZackeryGolden.com and make sure to check out the "You make me sick" EP at https://zackerygolden.bandcamp.com/album/you-make-me-sick-ep

Another notable act that graced this stage this week was The Real Trap Baby. Leading a full entourage, Trap baby entertained the crowd and put on quite the energetic performance....I'm also pretty sure it was the group's first time at AMX. Hailing from the 254 aka Killeen, TX, they made the trip to perform one record. Dedication indeed. Trap baby has plenty of well produced music videos online and a volume of records on soundcloud to check out. Also, I'm a big fan of the track "Nerd". Links below...Trap Baby is obviously getting after it. https://soundcloud.com/trap_bby/03-dirty-x-retrohendrixprod-by-thebeatplug

Another newcomer to the stage was the 90s Kidz Movement. This Austin duo has lots of energy on stage and played smooth deep trap...had a few moments where I was reminded of 36 Mafia for some reason. Good stuff. Really enjoyed their show. Make sure to check out 'Lost & Loaded' on Soundcloud right meow. https://soundcloud.com/plvyterae/90s-kidz-movement-lost-loaded-ft-plvy-terae-92rodd

If you haven't checked it out and you're into hip hop....Austin Mic Exchange is definitely a must.

That's all for now.

Check back soon
Once posts are published, you’ll see them here. 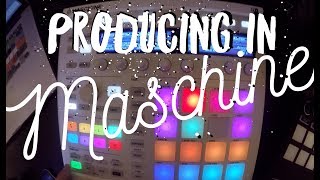 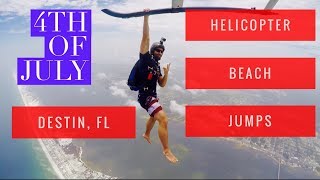 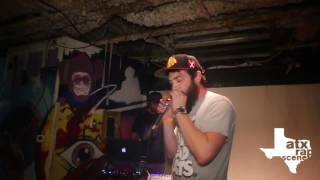 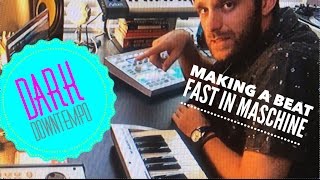 Why I use Maschine